William Kent (1685-1748) was one of the most influential and versatile British designers of the 18th century. He was also a key figure in the history of Wanstead. We are accordingly very fortunate that an unmissable exhibition – the first ever comprehensive overview of Kent’s achievements in architecture, interiors, gardens, and furniture - has opened at the Victoria and Albert Museum.

William Kent came from humble origins in Yorkshire. However, by a combination of native ability, ruthless self-promotion, personal charm and lucky timing, he found himself riding the crest of a wave.

The union of the English and Scottish kingdoms in 1707, the arrival of the new Hanoverian dynasty seven years later, and the Whig ascendancy which followed, combined to create an opening for the development of a new “national style”. Lord Burlington and his coterie, which included William Kent and Alexander Pope, were ready to fill the vacuum. Burlington, the self-appointed arbiter of neo-Palladian taste, had the support of the new Monarch, George I, who shared important aspects of his aesthetic vision. Through the King and his ministers Burlington had access to important levers of state patronage as well as his own extensive social networks. His clients benefitted accordingly.

The new Wanstead House was designed from 1713 by the young Scottish architect Colen Campbell, yet another of Burlington’s protégés. Demolition of Lord Rich’s historic house began in 1715, and its monumental replacement was substantially complete by 1720. At this point William Kent took over, and may have been responsible for some alterations to the internal layout (notably the creation of the great ballroom out of several smaller rooms designed by Campbell). Kent was substantially responsible for the appearance of the state rooms, designing chimneypieces, door cases, panelling and furniture. He also devised colour schemes and painted decorative ceilings for the ballroom, drawing room, library, state bedchamber and Grand Hall. Aspects of Kent’s internal decorative scheme were criticised by Horace Walpole, Sir John Clerk of Pencuik and others, but the magnificence of the general effect was generally admitted. It appears that Sir Richard Child, by now ennobled as Viscount Castlemaine, was not displeased: he gave Kent’s full-length portrait by William Aikman pride of place over the fireplace in the Grand Hall.

At the same time as the new Wanstead House was being constructed, the gardens were  radically reordered - for the second time in a decade - in line with changing fashions. Some elements of the less elaborately formal post-1715 scheme, with its focus on a vast new lake system surrounding the house on three sides, appear to bear the hallmarks of William Kent and Charles Bridgeman, even if documentary evidence of their involvement is lacking. The grotto which appears on Rocque’s 1735 plan of the gardens has a particularly “Kentian” look, and bears some resemblance to Queen Caroline’s Hermitage at Richmond, which he certainly designed (Rocque’s image of Wanstead House itself, showing wings which were never built, was supposed to have been taken from one of Kent’s drawings, now lost). In addition, there are intriguing parallels between the layouts of Wanstead Park and Kensington Gardens, where Bridgeman, along with Henry Wise, was undoubtedly responsible for the design. Kent was involved at Kensington too - he decorated the state rooms at the palace, and may also have had some influence on the gardens.

The “Designing Georgian Britain” exhibition gives considerable prominence to Wanstead as one of the most significant of William Kent’s early commissions. Indeed, one of the first things that the visitor sees is Aikman’s fine portrait. As well as some of Colen Campbell’s drawings for the house, taken from his Vitruvius Britannicus, there is one of one of only two surviving paintings of the interior - Hogarth's "Assembly at Wanstead", which is on loan from the Philadelphia Museum of Art. Bringing this to life are surviving pieces of furniture from the state rooms. Massive, sculptural and ablaze with burnished gold, they offer tangible evidence of the vanished glories of one of Britain’s great buildings.

The magnificent 704-page book accompanying the exhibition has been put together by an international team of the foremost experts in the field. It examines the entire spectrum of Kent's oeuvre, including the interiors at Kensington Palace and Houghton Hall. Essays illuminate issues about the authorship of Kent's furniture and metalwork, situate his contributions in relation to architectural discourse, and classify the characteristics of his designs. Copiously illustrated, including many stunning new photographs, this handsome volume celebrates the work and career of one of the most influential figures in the history of architecture and design. 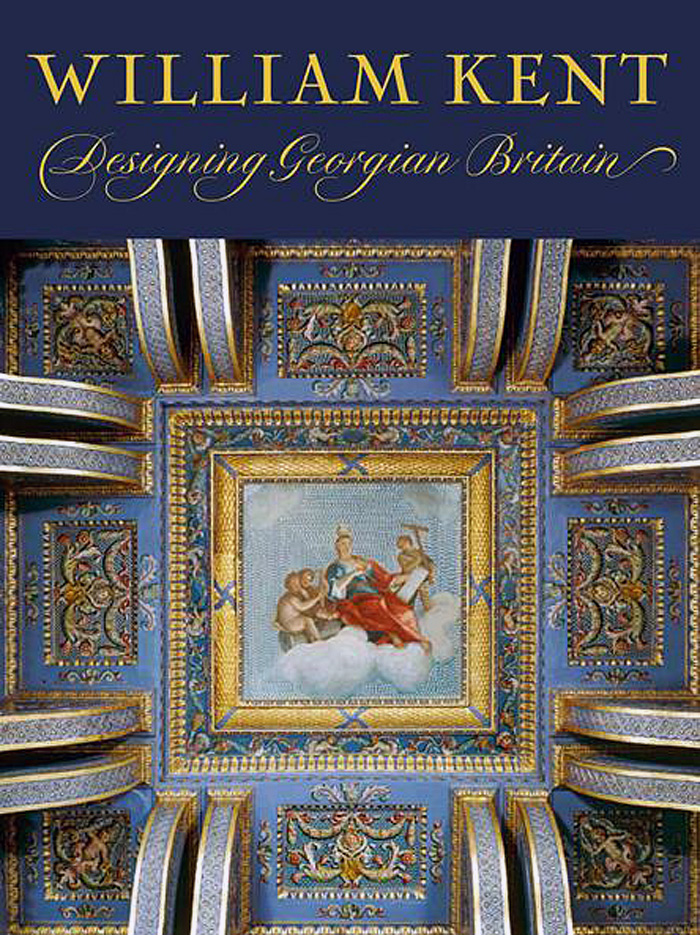 If you are interested in the history of Wanstead Park and its historic and artistic context, go to the exhibition. If you are seriously interested, buy the book. You won’t be disappointed.