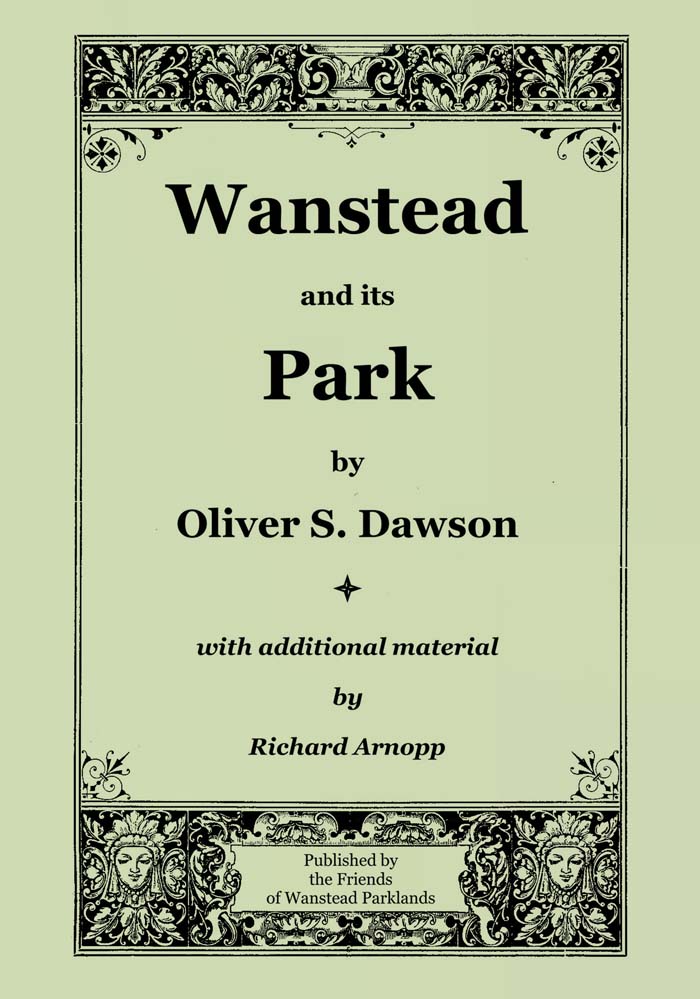 Wanstead and its Park is now available for purchase via the Friends of Wanstead Parklands website.

The group's latest publication is a new edition of an Edwardian classic by Oliver S Dawson, with contemporary photographs and other illustrations. It offers a fascinating introduction to one of England's lost treasures - a great Palladian house and its famous landscaped gardens. It tells of the remarkable people who owned the Wanstead estate, and the extravagance and folly which brought about its destruction. It ends with the Corporation of London's rescue of the park's core, with its lakes and woods, as a public open space. The book includes a fascinating newly-researched account of the author's life as well as comprehensive notes on his text, and is described as "a must for local history and garden history enthusiasts".

"Wanstead and its Park was published in instalments in The Home Counties Magazine during 1907 and 1908. The text was adapted and expanded from a booklet which the author had first published in 1894. The Wanstead estate, over several centuries, was associated with a remarkable cast of characters, which Dawson vividly described. He was also a witness to the public park in its very earliest days, and the photographs which illustrated his 1894 booklet give us a good impression of what it was like when he knew it".

"Over the five years since it was re-launched, the Friends of Wanstead Parklands has grown rapidly. We hope that our re-publication of this interesting period piece, with much new content, will appeal to the widespread local interest in the park's fascinating history".

Wanstead and its Park is a perfect-bound paperback, in A5 format, and 112 pages in length. It costs £9.99, with free delivery to the Wanstead area.