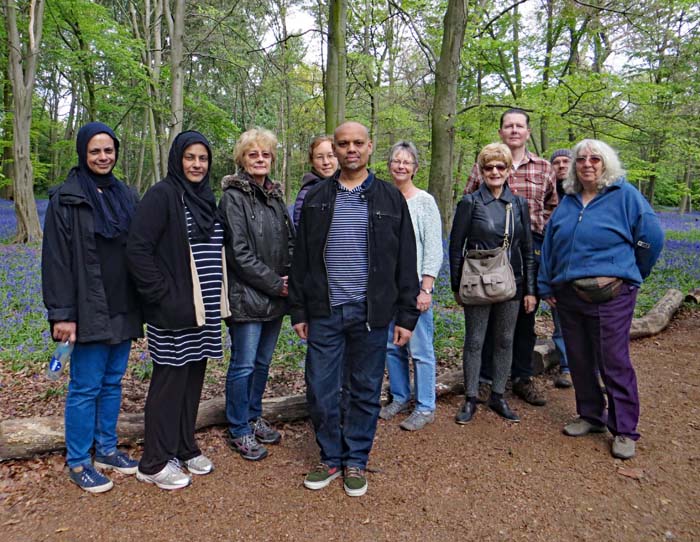 On Sunday 23 April 2017 members of the Friends of Wanstead Parklands led a free walk around Wanstead Park. A gentle stroll over about two miles, the main purpose of the walk was to explain the history and construction of the lake system in the park, which dates in its present form from the first half of the eighteenth century.

Originally nine in number, five lakes survive today, They originally extended around three sides of Wanstead House, from which they provided a series of fine vistas. They were also an ambitious, if not wholly successful, feat of engineering. They were designed as an integrated system, with water being collected over a wide area and brought to the park through artificial channels. 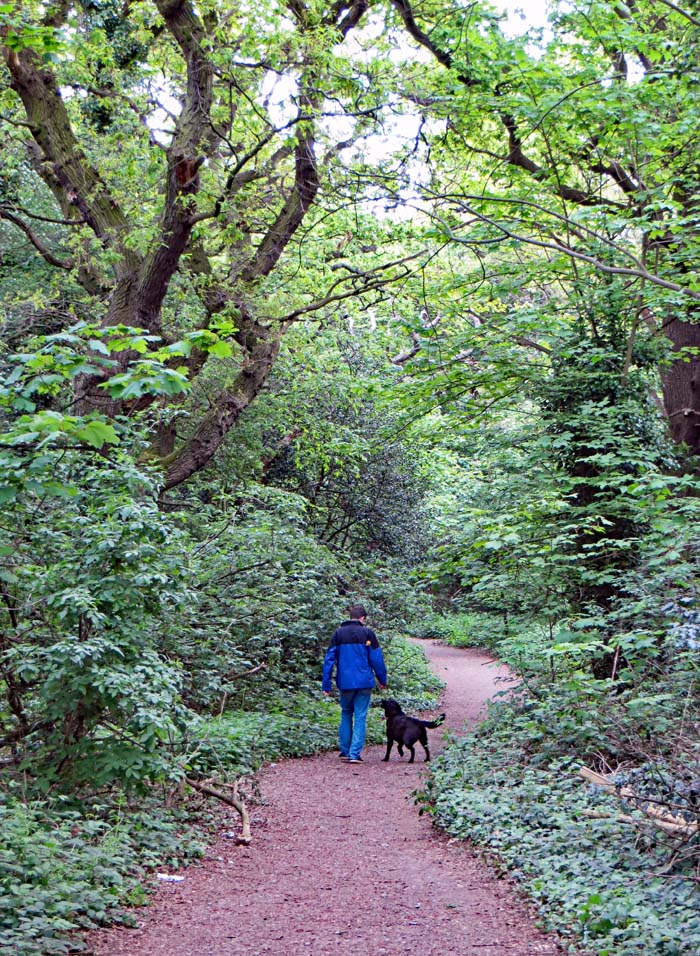 The walk began in Reservoir Wood, one of Wanstead Park's best areas of woodland, which was planted around 1819 on the former bed of a large water body known as "The Reservoir". This had been abandoned shortly before, due to problems with the water supply. It then passed the picturesque Shoulder of Mutton Pond, enhanced in recent decades with beautiful reed beds.

The next stop was the Heronry Pond, now almost dry due to problems with the borehole that currently supplies it, to be addressed imminently by the installation of a new pump. There was a discussion of the long history of problems which have beset this lake, and the work which has been done in recent years to identify possible long-term solutions. 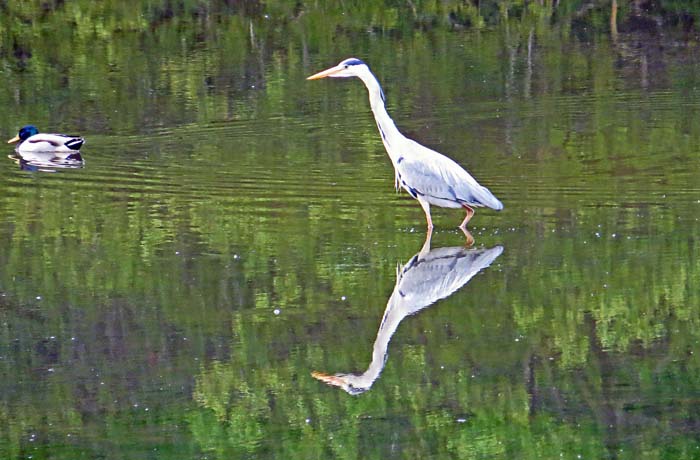 Pending the adoption of a long-term management plan for the park, it was explained that some improvements were already being carried out. The cutting back of marginal vegetation along the path south of the Heronry Pond was pointed out to the group, as well as the selective scrub clearance to the north of the Perch Pond, which has greatly enhanced its setting.

After crossing The Plain, the group took a detour through Chalet Wood, where Wanstead Park’s fine display of bluebells is just passing its best. It finished at The Temple, a garden building commissioned by John, 2nd Earl Tylney of Castlemaine, which is now a visitor centre open at weekends. 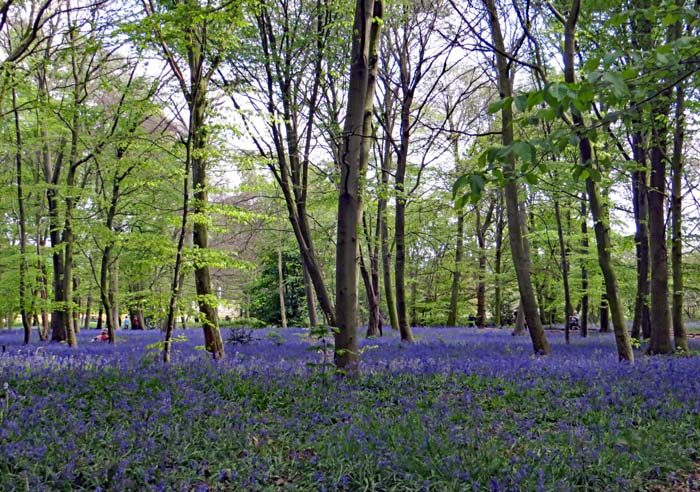 An otherwise enjoyable walk was marred by the fact that a number of people went to the Warren Road entrance rather than that on Blake Hall Road, due to incorrect information being posted on the calendar on the Friends' website. Fortunately, one of the people concerned was the indefatigable Friends' committee member Ralph Potter who took them on an impromptu alternative walk! Our profound apologies to anyone reading this who was affected: we will do our best to avoid this happening again.