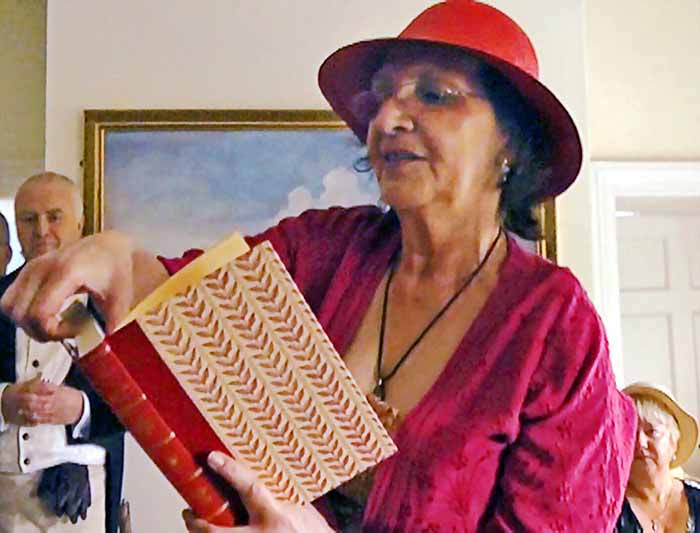 We regret to report the death of Greer Nicholson, a former Vice-Chairman of the Friends of Wanstead Parklands.

Born in Canada, Greer was the daughter of academic and journalist Dr John Nicholson and his wife Monique, who had been born in Belgium. She was educated in Quebec, and attended McGill University, where she graduated with a BA in English in 1977.

Following her move to this country, Greer worked for many years as a local government officer. She also served as a Labour councillor in Redbridge between 1996 and 2002.

As well as politics, Greer had fingers in many other pies. She was passionately concerned about environmental issues. She also had a profound interest in the arts, particularly cinema. She raised funds and ran events for mainstream and independent films and wrote extensively, maintaining her own film blog.

Greer was co-opted onto the committee of the Friends of Wanstead Parklands in 2012, where her experience in local government, private companies, public relations and journalism proved very helpful. After a period as vice-chairman, she left the committee in 2016.

Later the same year, Greer developed serious health problems. Her treatment did not go smoothly, but it was generally assumed that the condition was under control. The announcement of her death in late May was a shock to most of those who had known her.

Greer leaves a daughter Callista (Cally), and two brothers, Geoffrey and Giles. Her funeral will be on Thursday 14 June at 10:30 at the Manor Park Crematorium, Sebert Road, Forest Gate E7 0NP.