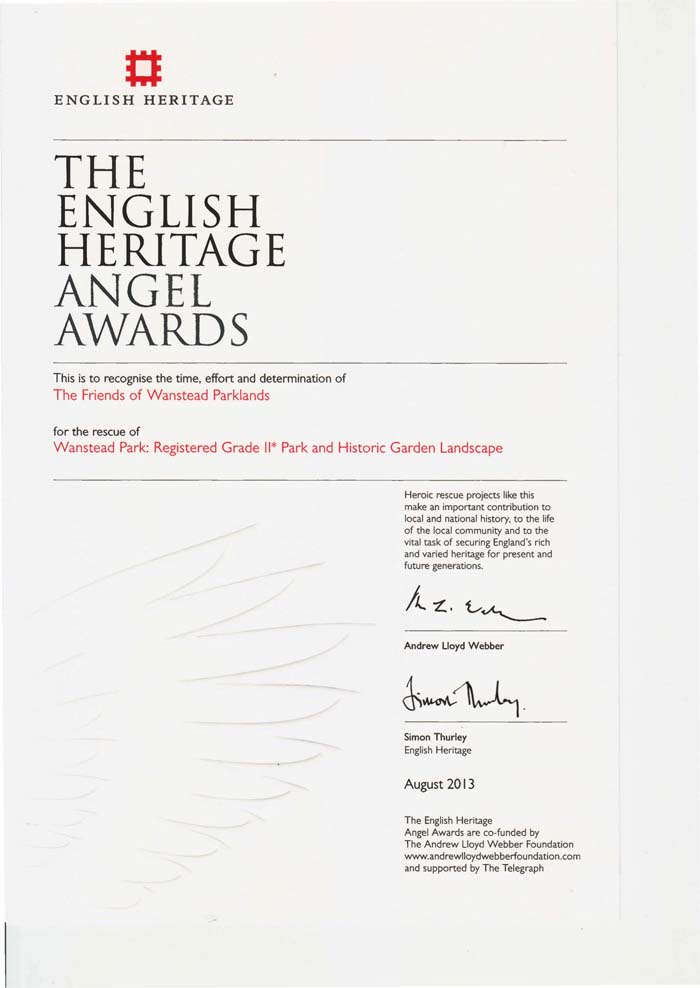 We are delighted to be able to tell our members and supporters that the Friends of Wanstead Parklands have been awarded a "certificate of recognition" in this year's Heritage Angel Awards. Founded by Andrew Lloyd Webber to reward the efforts of local people in saving their heritage, the Heritage Angel Awards are now in their third year. The Friends were nominated from within English Heritage rather than applying on our own account, and we are being encouraged to enter again next year, on the assumption that more concrete progress will have been made toward the restoration of Wanstead Park by then. The nomination was prompted by our contribution to the Strategic Assessment and Conservation Measures for Wanstead Park, though it also took into account previous work by the Friends and our predecessor organisation the Wanstead Parklands Community Project.