Wanstead and the East India Company 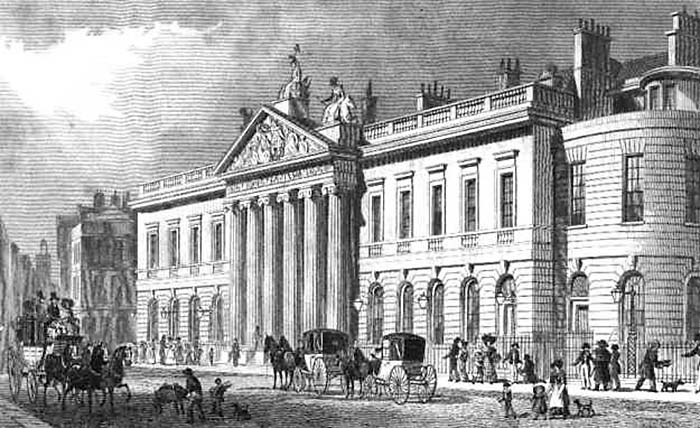 Without the East India Company there would be no Wanstead Park. The park, and its  great Palladian mansion, were built using the great fortune amassed by Sir Josiah Child as Governor of the “Honorable Company” in the later seventeenth century.

The East India Company was a joint-stock company that was granted an Royal Charter by Elizabeth I in 1600. The oldest among several similarly formed European East India Companies, it came after 1757 to rule large swathes of India, exercising military power and assuming administrative functions under the increasingly fictitious suzerainty of the Timurid (Mughal) Emperors whose power, after the death of Aurangzeb in 1707, declined steadily throughout the eighteenth century. The Company’s political role gradually came to eclipse its original commercial objectives. Company rule lasted until 1858 when, following the “Indian Mutiny”, the Crown assumed the direct administration of India.

A Gresham College lecture – This Imperious Company – The East India Company and the Modern Multinational – provides a useful general introduction to the character, role and significance of the company.

Of more local interest, local historian Georgina Green has written a fascinating case study: Valentines, the Raymonds and Company Material Culture. Part of Warwick University’s East India Company at Home, 1757-1857 project, it explores the history of a house (Valentines Mansion in Ilford), a ship (the Valentine, in its successive reincarnations) and a network of Georgian maritime investors associated with the East India Company (most notably Sir Charles Raymond and his family). More broadly, the case study examines the ways in which profits from commerce conducted at great risk in Asian outposts and Indian Ocean waters came to be reinvested in Britain, refurbishing homes and gardens and reshaping the neighbourhoods in which they were located.

Stuart Monro, of the Friends of Wanstead Parklands, has looked at the legacy of the East India Company in Wanstead from a different perspective. There is now a large Asian population in East London, and his film is an exploration by a local Indian woman and her nephew of this extraordinary heritage.