This is the ninth in a series of articles giving brief biographical sketches of the people who owned the Wanstead estate over 800 years. Links are given to sources of additional information on this site and elsewhere. 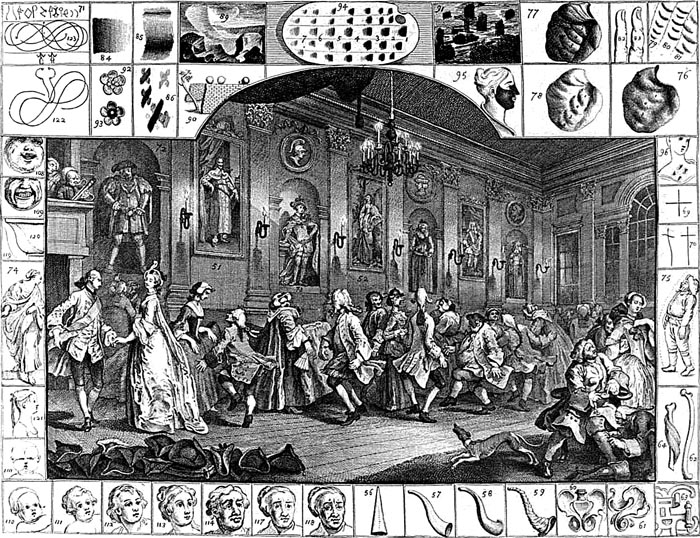 William Hogarth: “The Analysis of Beauty”, Plate 2 “The Country Dance” (1753). Said to represent a scene at Wanstead.

John Child, later Tylney, 2nd Earl Tylney of Castlemaine (1712-1784) was born the third son of Richard, 1st Earl Tylney. He succeeded to his father’s titles in 1750 as both of his elder brothers died young. A connoisseur and collector, he made significant changes to Wanstead Park, continuing the process begun under his father of softening the earlier layout of the gardens. This was in line with the prevailing trend toward carefully contrived informality. Tylney was also responsible for constructing the Temple and the Grotto. The Earl was living abroad by February 1764, and never permanently returned. However, he is recorded as having visited Wanstead after that time, and staging lavish entertainments. He remained actively interested in the gardens, apparently commissioning plans for further alterations as late as 1779.

By some reports a good-natured and generous man, the second Earl was the subject of persistent gossip about his private life. Robert Harvey described him as an “unhappy man who could not resist the temptations & instigations of a passion, contrary to reason, & at which nature shudders”. Jeremy Bentham identified him with the character of the homosexual Lord Strutwell in Tobias Smollett’s novel Roderick Random (1748). Bentham noted –

Much about the time when this novel was published a Scotch (sic) Earl was detected in the consummation of an amour after the manner of Tiberius with two of his servants at the same time. The affair getting around, he found himself under the obligation of going off to the Continent where at the close of a long life he died not many years since.

In the margin, Bentham identifies this aristocrat as “Lord Tylney”.

Whether or not something like the particular incident described by Bentham really took place (and Tylney only left for Italy some 16 years after supposedly being lampooned by Smollett), there is little doubt that Tylney was indeed homosexual, and that this was widely assumed to be an important reason for his decision to live abroad. For example, in 1770  a scurrilous letter appeared in the pages of the Town and Country magazine concerning Lord Tylney’s absence in Italy, while Rictor Norton draws attention to newspaper reports from 1772 which appear to hint more obliquely at his proclivities.

Tylney was far from being the only Englishman attracted by the more tolerant atmosphere of Italy, where wealth coupled with a degree of discretion would allow a man to live more or less as he pleased. He became a “bird of passage”, travelling regularly between Florence and Naples. Apart from the prospect of a life free from prying eyes and the threat of humiliation or worse, these cities also afforded abundant opportunities to indulge his love of the arts, in particular music and dance.

During his years of exile, Tylney became a well-known figure among expatriates and Italians alike – he was the dedicatee of Casanova’s translation of the Iliad, for example. There are many references to him in correspondence from William Beckford, Horace Walpole, Horace Mann and other English residents in Italy, or visitors, who shared his sexual or aesthetic tastes. 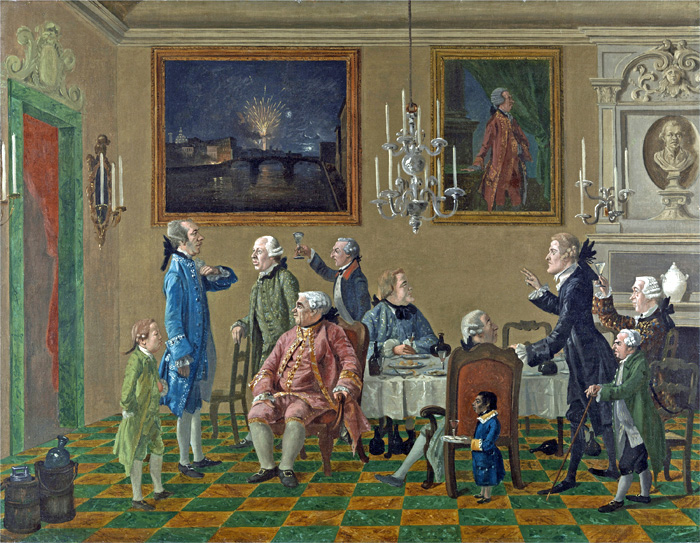 Tylney was noted for the grand style in which he lived: his villa in Florence was described by Beckford as “a fine house, all over blue and silver, with stuffed birds, alabaster Cupids, and a thousand prettinesses more”. In 1779, the Irish tenor Michael Kelly saw him in Naples –

My Lord Tylney, who had resided in Italy for many years, and spent his princely fortune between Florence and Naples, appeared on the drives on gala days, in great splendour; I have seen him drawn by six beautiful English cream-coloured horses! He had four men before his carriage, and a great number more behind.

His lordship gave splendid dinners, concerts, and balls, which were frequented by all the English of consequence resident at Naples. I have seen there Sir William Hamilton, Lord Bristol, who was also Bishop of Derry, Lord and Lady Maynard, and a number of fashionables of different nations.

From 1761-8 Earl Tylney was Member of Parliament for Malmesbury. He never married and, on his death, the family titles became extinct, with the Wanstead estate passing to his nephew Sir James Long, Baronet. Tylney’s heart was returned to Wanstead when he died, and rests now in the crypt of the parish church.