THE FIFTH EARL OF MORNINGTON AND HIS HEIRS

This is the eleventh and last in a series of articles giving brief biographical sketches of the people who owned the Wanstead estate over 800 years. Links are given to sources of additional information on this site and elsewhere.

The decades after the demolition of Wanstead House form a sad coda to the story of the estate and can be skated over quickly. 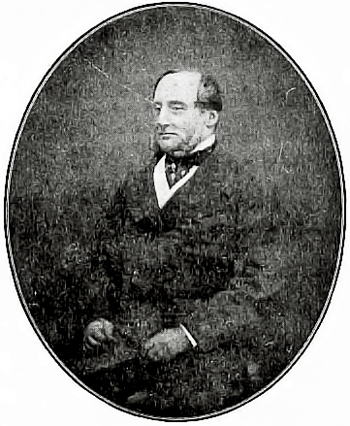 In the years following their mother’s death, the children were the subject of a sordid custody battle between their father and their mother’s two unmarried sisters, Dorothy and Emma, who were caring for them. Their uncle, the Duke of Wellington, successfully took legal action on their behalf to restrain their father and protect what remained of their inheritance from his depredations.

As the two boys grew older, their father gradually became more involved in their upbringing, with results that were unfortunate, though perhaps unsurprising. The younger William showed little aptitude for, or interest in, learning, though he developed a precocious taste for taverns and cock-fighting. James was introduced by his father to the pleasures of London, developed mental problems and died relatively young. Victoria remained with her aunts, seeing her father only very occasionally, and under supervision.

Upon his mother’s death in 1825, the younger William had inherited what was left of the Wanstead estate (though his father retained a life interest in it), as well as Tylney Hall, Athelhampton and Draycot. Wanstead Park had been devastated by the loss of most of its mature trees, which had been felled for the value of their timber. The park, now bereft of the house which had been its focus and raison d’être, was let for grazing and shooting. The Heronry Pond, which had problems retaining its water even then, was greatly reduced in size by a tenant who breached its dam to increase the acreage available to graze his animals.

The younger William was styled Viscount Wellesley after his father succeeded as Earl of Mornington in 1845. He succeeded to the earldom in his turn in 1857, but outlived his father by only six years, dying in Paris in 1863. Having originally made his will bequeathing all his estates to his only sister Lady Victoria, who had intended to return them on her death to the senior surviving branch of the Long family, he made another three weeks before his death. In this he left Draycott to his father’s cousin Earl Cowley, and the rest of his landed property in trust. Henry Wellesley, 1st Earl Cowley (1804-1884), was son of the youngest brother of the 1st Duke of Wellington. A diplomat by profession, he was based in Paris at the time of Lord Mornington’s last illness, as ambassador to the French Empire.

With the agreement of the trustees of the 5th Earl of Mornington in 1882, a substantial part of the former gardens of Wanstead House were acquired by the Corporation of London for use as a public open space in exchange for 50 acres of Forest land previously enclosed by Lord Cowley, and £8,000. Leases were also granted to Wanstead Cricket Club (founded in 1880) and Wanstead Golf Club (founded in 1893), to allow them to play in the remaining part of the park. In 1920, to protect the site from building, the two clubs formed Wanstead Sports Ground Ltd. and purchased this land outright.

With thanks to Steve Denford, Georgina Green and Geraldine Roberts for the information and comments they provided in relation to this article.