This is the first in a series of articles giving brief biographical sketches of the people who owned the Wanstead estate over 800 years. Articles about the history of the estate, its buildings and the gardens appear elsewhere on this site.

The Domesday survey (c.1086) provides the name of the first identifiable tenant of the Manor of Wanstead. Ralph fitz (son of) Brien then held it of the Bishop of London, and overlordship of the manor subsequently descended with the See of London. 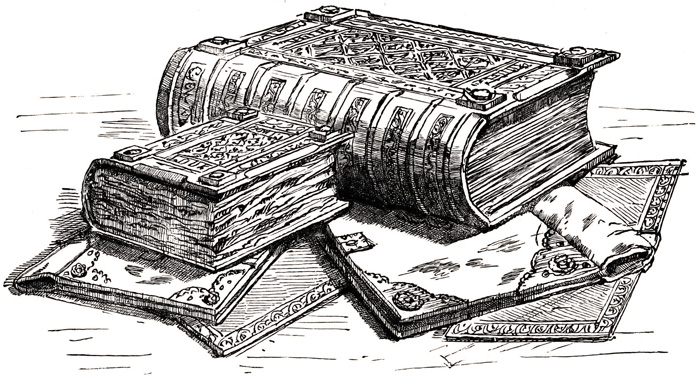 The Domesday survey: commissioned by William the Conqueror in 1086

Upon Ralph’s death, the Manor of Wanstead appears to have been divided between his two sons. One of these, Jordan de Brisete, was to found priories of St John and St Mary at Clerkenwell during the reign of Stephen. Fragments of the former may still be seen adjacent to the present parish church of St James, Clerkenwell.

Perhaps at this point it would be appropriate to explain what a manor is. Since land tenure reforms of the 1920s, the manorial system in England survives only in the form of certain vestigial property rights. However, the manor was for centuries the basic unit of land ownership and local government in rural areas. It was characterised by the vesting of legal power and economic rights in a lord, who was supported from his own direct landholding plus the obligatory contributions of the various categories of tenant under his jurisdiction. These might variously be payable in labour, or produce, or money. The European manorial system has strong analogies to the villa system of the semi-feudalised later Roman Empire, and probably has some of its origins there.

In the late twelfth century the manor of Wanstead was reunited by Hugh de Hesdin (or Hosdeng, or Hoding), a member of a family which held extensive estates in Essex during the reigns of Henry II and Henry III. The heiress of this family, Alice, became the second wife of Sir William de Huntercombe, who was born in 1221 and died in March 1271 at Huntercombe End, Oxfordshire. William’s first wife was Isabel, daughter and co-heiress of Robert de Muscamp: by her he had Sir Walter de Huntercombe; and, by Alice, his second son, Thomas, born in 1258. It was Thomas who succeeded to his mother’s inheritance. In 1368, the family’s descendent John de Huntercombe was said at the time of his death to be holding the manor jointly with his wife Margaret, of the Bishop of London, Waltham Abbey, and the priories of Clerkenwell and Holy Trinity, Aldgate. John’s son, also John, is described as the last of the family (presumably, in the direct male line) to hold these estates. He died in 1383.

In 1427 Robert Tattershall, draper and alderman of London, dishonestly secured a conveyance of the manor from one William Rous who was a descendent of William de Huntercombe. As Tattershall was well aware, Rous had no capacity to enter into such a transaction as the manor was entailed on Rous and his heirs and not on him alone. However, on his death-bed and “overcome by remorse”, Tattershall required his son John to rectify the situation.

John Tattershall was born at Well Hall, Eltham, Kent. He married Agnes Chicheley before 1435, the daughter of John Chicheley, Chamberlain of London, and Margery Knollys. It appears that, by 1437, John had reached some form of agreement with all the rightful heirs to Wanstead which secured the manor to himself in fee. He died in 1447, and was succeeded by his son, also John, who died without issue.

Sir Ralph Hastings (c.1440-1495), of Harrowden, Northamptonshire, and Wanstead, acquired the Wanstead property in right of his second wife, Anne, daughter of John Tattershall the elder. A significant figure, he held a variety of offices, of which the most colourful was custodian of the lions and leopards in the Tower of London. A Yorkist, he was created knight banneret after the Battle of Tewkesbury. Under the Lancastrian Henry VII, Hastings was deprived of some of his positions and reportedly only narrowly escaped the fatal charge of treachery with Perkin Warbeck in 1489. Hastings died in 1495, and his widow sold the estate to Henry in 1499, for the sum of £360.

In his Winter King: the Dawn of Tudor England, Thomas Penn states that Henry’s rapacious officials used the example of that monarch’s acquisition of Wanstead as a threat to secure compliance from one of their victims, a haberdasher named Sunnyff. It seems that this man, from whom they were attempting to extort a fine of £500, was told that –

…when Henry had coveted Wanstead manor, he had victimised its owner, Sir Ralph Hastings, until Hastings sold it to him.  Hastings had died of the stress: the implication was that Sunnyff would, too.

Although this cannot be correct as presented – Hastings had been dead four years when Henry obtained the property – it may nonetheless contain a grain of truth. Henry was notoriously ruthless and acquisitive, and it is not impossible that strong-arm tactics were used against Lady Hastings, the widow of a man whose loyalty to the new Tudor regime had been suspect. Telling the unfortunate Sunnyff that Wanstead’s owner had been persecuted to death may simply have been adding “corroborative detail, intended to give artistic verisimilitude”, to a story which had some basis in reality.