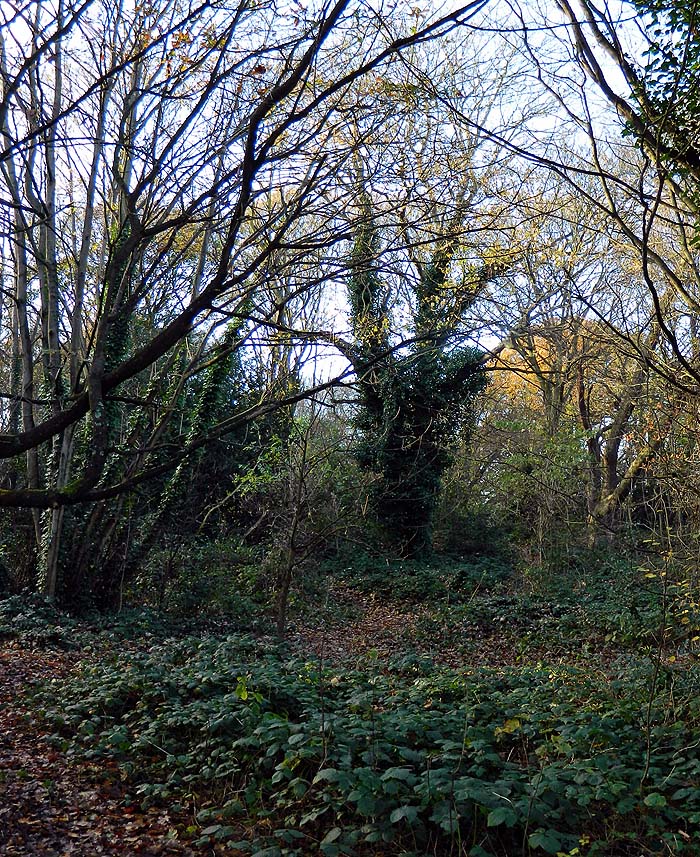 The embankment of The Reservoir rising behind the site of the Lake Pond.

The first depiction of the ‘Lake Pond’ is Rocque’s 1735 Map, suggesting that it was established alongside the other ornamental water bodies in Wanstead Park in the earlier eighteenth century. It is depicted as a long rectangle, runiing approximately north-south, with apsidal ends. As constructed, it was located just to the east of the embankment of The Reservoir, with a narrow gap between. The Lake Pond was abandoned at some point between 1841 (when it is still depicted on the tithe map), and 1850 (where it is depicted as having been planted over on the Wellesley Estate map). This is later in date than the loss of the reservoir to the east, which took place around 1819.

Some of the earthworks of the dam of this pond are still visible, and were recorded during the Debois Survey. The hollow of the pond itself is also visible on LiDAR .