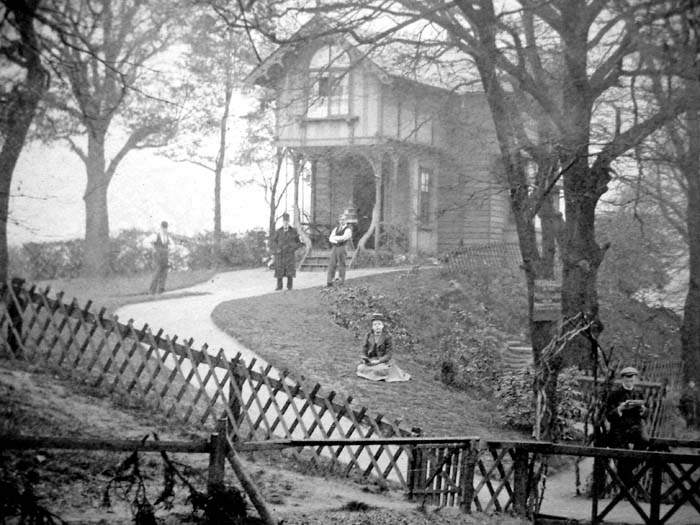 The Swiss Cottge, a Victorian building which was erected on the ornamental mount at the northern end of the Great Lake. Both were destroyed in the 1960s.

The Great Lake was a very large water body, one of those created between about 1715 and 1740 to provide vistas from Richard Child’s great new Palladian Wanstead House. It occupied almost exactly the same area as the present Lake House estate. On an island or peninsula in the lake was a banqueting house, which later became known as Lake House. This was positioned to act as an “eye-catcher” at the end of the major avenue heading south-west from the house. Lake House survived the demolition of Wanstead House in 1823, and was subsequently let to tenants, including Thomas Hood. Reportedly rat-infested and in poor condition, it was demolished in 1908, having latterly served as a sports pavilion. 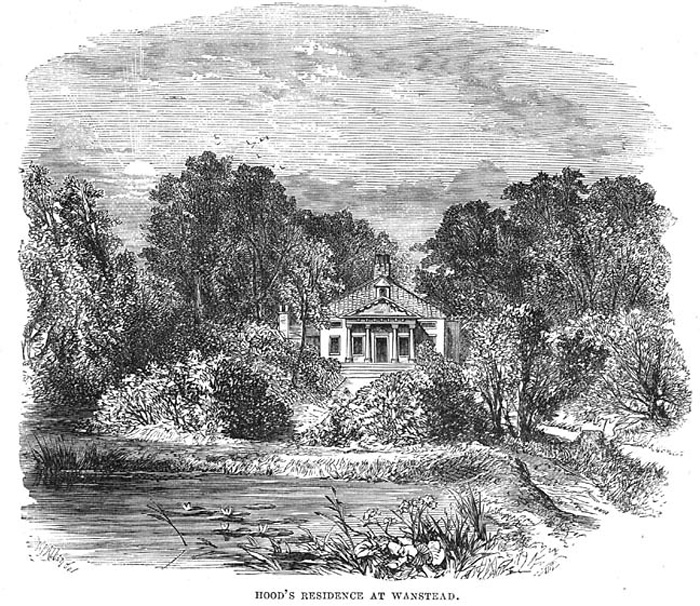 An old engraving of Lake House which, as the caption states, was for several years the home of the writer Thomas Hood.

There were several islands in the Great Lake, linked by bridges, and a large ornamental mount at the northern end surrounded by a canal. This survived, surmounted by a pretty timber-framed Victorian cottage, until it was destroyed in the 1960s to make way for a block of police flats, now in private ownership and known as Belgrave Heights.

The Great Lake was one of the nineteenth century casualties among the major water bodies associated with Wanstead House, at which time most of it was abandoned and turned over to grazing. The lake was reputedly very shallow over most of its area, though there was a deeper area to the east, which now contains tennis courts. This appears to have once been part of the valley which contains the Serpentine Lakes, but was severed from it by the causeway carrying Blake Hall Road. The road follows an old right of way, but is known to have been greatly improved in 1816. It is possible that the causeway could have been augmented and levelled up at that point, though it may initially have been built as a dam.

← The serpentine lakes
The Reservoir →