A description of Wanstead House and its park in 1819 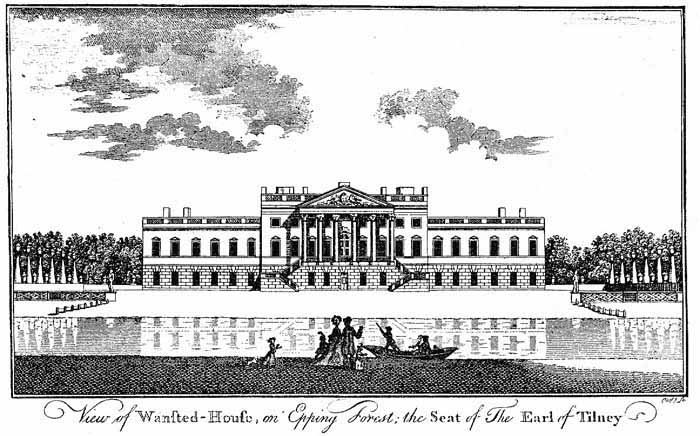 For more than a century, Wanstead House, Colen Campbell’s Palladian masterpiece, was one of the sights of Essex. It featured in every gazetteer covering the area, and writers were united in praising the grandeur of its architecture, its commanding position, and the beauty of its surroundings.

One of the last of these descriptions appeared in James Dugdale’s The New British Traveller, published in 1819. Although his account of the history of Wanstead contains a few errors, his portrait of the house gives a poignant impression of the appearance and contents of the principal rooms almost on the eve of its destruction.

William Wellesley Pole, nephew to the Duke of Wellington, had married Catherine Tylney-Long, heiress to the Wanstead estate, in 1812. Within a decade, her immense fortune had been dissipated, and enormous debts run up. As the creditors clamoured for satisfaction, the contents of Wanstead House were auctioned in June 1822, and less than two years later demolition of the house itself was under way for the value of its building materials (the Wanstead estate, being tied up in trusts, was beyond their reach).

Download an extract from The New British Traveller here

The story of the events which led to the destruction of this remarkable building is told more fully here.